You are here: Home » About » Chiropractors

Dr. Jeffrey Citrin is a chiropractor at Citrin Chiropractic Center in Overland MO which is in the greater St. Louis area.  Graduate of Logan College of Chiropractic, 1977. He was recognized with Honors.

Dr. Citrin has received numerous awards for  his accomplishments and has undergone special training in treating Auto Accident Victims, Musculoskeletal Injuries, as well as Headache and Pain Management.

Dr. Citrin currently resides in Creve Coeur and has 3 children and 6 grandchildren.

Dr. Citrin is an avid squash player and golfer, as well as being an accomplished musician.

He is currently a member of the Missouri State Chiropractic Association (MSCA).

Dr. Rutherford is originally from Gurdon, Arkansas where he received a Bachelor’s of Science degree from Henderson State University in Arkadelphia, Arkansas. He played competitive baseball while growing up, and was drafted by a professional baseball team. His interest in sports culminated in him pursuing his Doctorate in Chiropractic, as he has seen on a first hand basis the injuries and pitfalls that hamper athletes at all levels of competition.

In addition to maintaining a successful chiropractic practice, he enjoys jogging, biking, rock climbing, and golfing with friends. Dr. Rutherford enjoys taking on house projects like remodeling and landscaping. He is a huge Cardinal baseball Fan!

Dr. Rutherford resides in St. Peters, MO with his wife , Tess, and three children, Lisa, Shawn, and Justin. As of 2015, they are new grandparents, and enjoy spending a lot of time with Piper. They are also parents to 2 Silky Terriers, Rascal and Shelby. They recently adopted a blind Shih tzu, Charlie.

Dr. Liu is a licensed acupuncturist in the State of Missouri (L. Ac.) and certified by National Certification Commission for Acupuncture and Oriental Medicine (NCCAOM). He had training and experience for 12 years in China and an extensive knowledge of Acupuncture and Chinese Herbal Medicine. 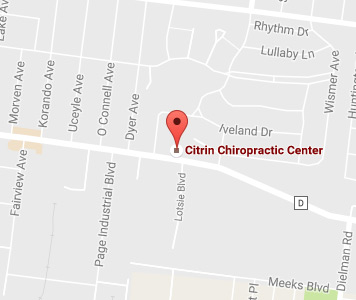